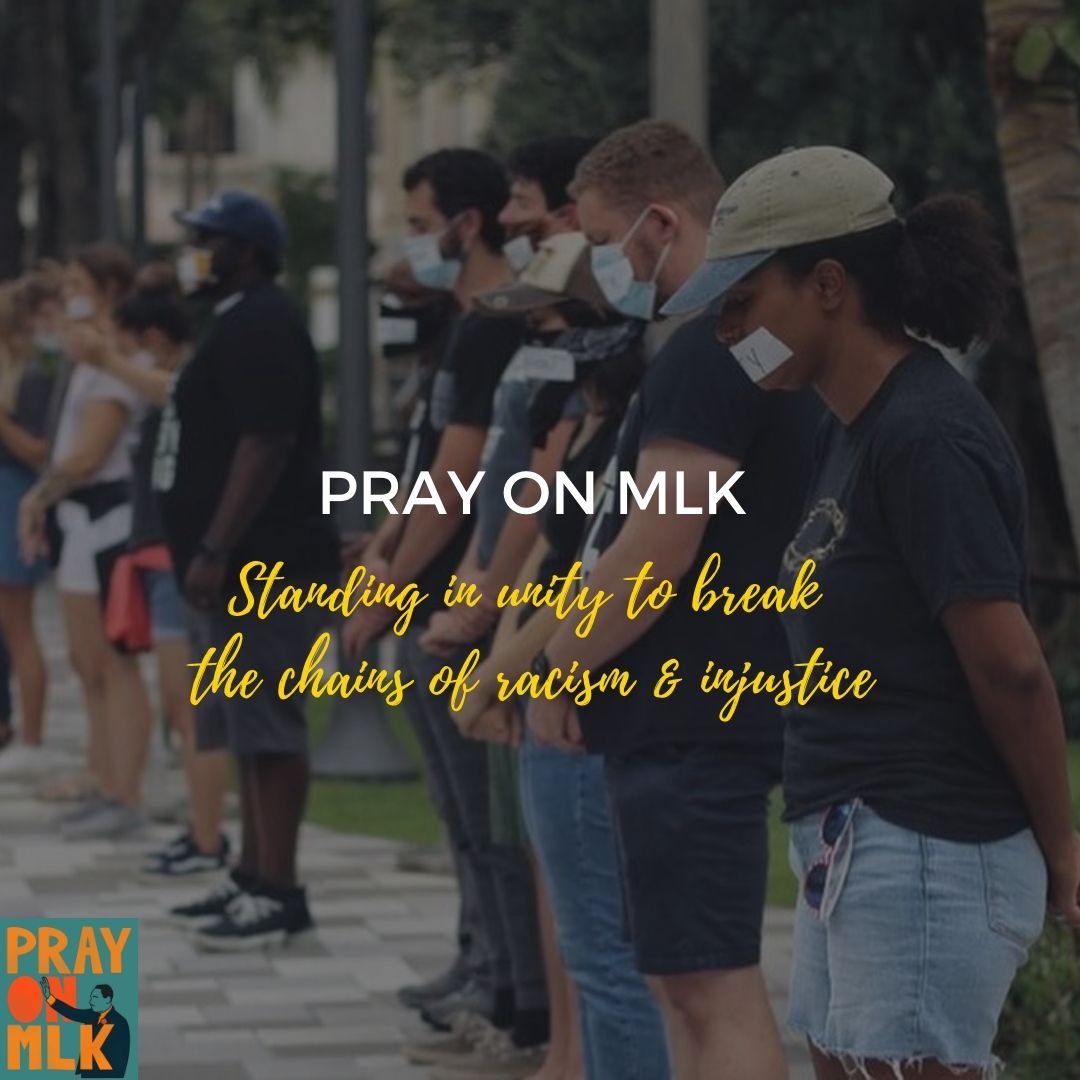 On August 8th, 1968 the first Martin Luther King Blvd. was named and dedicated in Chicago. And on August 8th, 2020 we celebrated the MLK Blvd. in Denver and prayed together in unity.

We stood together in unity to form a nationwide, multi-ethnic prayer gathering to break the chains of racism and injustice.

Pray on MLK ( PrayOnMLK.org ) is an demonstration of holy activism— A two hour, nationwide prayer and worship protest located along every Martin Luther King Jr. street or memorial in the United States (and around the world). During the gathering for the first hour, people stood side by side, socially distanced, along a sidewalk with white tape over their mouths or over their face masks. People chose a one word prayer focus that they wrote on the tape. The goal was to turn every Martin Luther King Jr. street into an altar of prayer, where justice would roll like a river and righteousness like a never-failing stream.

In Denver about 150 of us showed up to Pray On MLK. We planted seeds of hope, healing, peace, reconciliation, restoration, reformation and so much more. We might live in the most free place in the world, but like Jerusalem was the promise land for Israel, it wasn’t enough to have arrived. They needed to pray for the land to be fruitful and for the streams to be over flowing with water. So we know the current state of affairs in our society is not enough. May we continue the movement to break the chains of racism and invite the Kingdom of Heaven to earth. May we continue to pray for tears and ask God to break our heart for what breaks His. And may we continue to go to the streets to sow seed in tears to then return with shouts of joy!

“When the Lord brought back his exiles to Jerusalem, it was like a dream! We were filled with laughter, and we sang for joy. And the other nations said, “What amazing things the Lord has done for them.” Yes, the Lord has done amazing things for us! What joy! Restore our fortunes, Lord, as streams renew the desert. Those who plant in tears will harvest with shouts of joy. They weep as they go to plant their seed, but they sing as they return with the harvest.”
‭‭Psalms‬ ‭126:1-6‬ ‭NLT‬‬

“God challenged me to move beyond anger and disappointment to lament, which I was able to do Saturday morning during a racial reconciliation Bible study I’m part of and follow that up on MLK as I asked God to bridge gaps, restore trust and relationship where it had been broken”